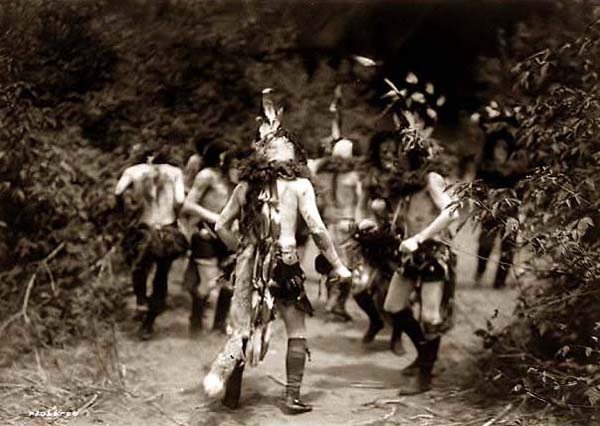 My name is Sal White Horse, I am a registered member of the Sioux Nation (also called Lakota). I am a Traditionalist, I believe in following and preserving Traditional Ways. For many years now I have been active in trying to preserve Lakota Spirituality. I have spoken out against many people/groups and Lakota people themselves that are stealing, giving away Lakota Spirituality. This statement is directed at the Navajo people and supporters, that are performing Sundances at Big Mountain. The Sundance (which has never been a Navajo ceremony) is the most sacred ceremony of the Lakota people. Several years ago a few Navajo people that live at Big Mountain started to hold Sundances, the Navajo people also claim to have permission for this? I would like to challenge their claim, to have permission to hold Sundances. I have personally asked Lakota Sundance Chiefs, they ALL said they never gave permission or never will give permission for a Sundance to be held off a Lakota Reservation! There are a few Lakota people claiming to be Medicine men/Shaman and Elders, that are going around giving permission for many Lakota ceremonies. These Lakota people have no right to do this, if the Navajo people at Big Mountain would have taken the time to contact a Lakota Reservation and spoken or written an Actual Chief, Elder, Medicine man they would have learned this.

For those unfamiliar with the Sundance, a TRUE Sundance is held in private for tribal members only. No non-natives or non-tribal members are permitted to attend. Armed guards are posted at the only entrance to the Sundance grounds and each person entering the grounds MUST produce evidence they are a tribal member. There are NO exceptions, if you are not a tribal member you are turned away and there are NO charges. Not all Lakota people are chosen to Sundance, only a select few ever have the privledge.

The Navajo people at Big Mountain are also in danger of losing their cultural identity. Do these navajo people want to be Lakota? They ARE performing Lakota Sundances, and are claiming to be Lakota Sundancers! Well they cannot be Lakota, this is a birth right. The same as any Lakota can never be a Navajo. So I again ask to ALL the Navajo People at Big Mountain, PLEASE stop performing Lakota Sundances, PLEASE follow Navajo Traditions and Ways, PLEASE perform and teach to your children Navajo Ceremonies. PLEASE reclaim your heritage, be NAVAJO!!!