by The People | NAAIP News 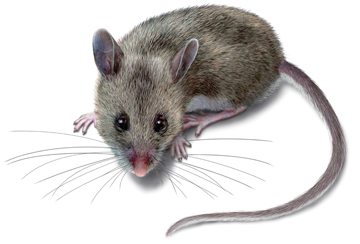 A CNN feature, originating in San Francisco, reports the death last month of a 55-year-old man after a Hantavirus infection. The man, otherwise healthy, died three weeks after a family outing in the Sierra Nevada mountains. Biologists from the California Dept of Health Services are reported as saying that 12-15 percent of all deer mice trapped in the area carry the Hantavirus.

The following information is taken from the PROMED list and is in the public domain: “This is in response to the question of October 10 about recent cases of hantavirus pulmonary syndrome in California. Permission to distribute this information has been granted by Michele Jay of the California Dept of Health Services. …some precise geographic details [have been edited] in case this material is sensitive.

CASE #12. A 55 year old white male from Contra Costa County was diagnosed with HPS this month. He became ill with flu-like signs on 27 Aug 1995 and was hospitalized on 1 Sep 1995. He had thrombocytopenia, an elevated hematocrit, and bilateral pulmonary infiltrates; he died on 2 Sep despite aggressive supportive care, including intubation and mechanical ventilation.

The patient showed IgG and IgM antibodies to SNV [Sin Nombre virus] by ELISA serology at VRDL. The diagnosis was confirmed by western blot, RIBA, and PCR testing at the University of New Mexico.

In addition to spending time before illness at his home and work place in the Bay Area, he and his family camped in the Sierras from 5 to 11 Aug 1995. The private campground is located at 5800 feet elevation on the border of Nevada and Placer Counties. Vector-Borne Disease Section staff will conduct environmental investigations of potential exposure sites, including small mammal trapping. Public health advisories were jointly issued by Nevada and Placer County Health Departments and widely picked up by the media.

CASE #13. A 32 year old white female from Plumas County was also diagnosed with HPS this month. On 15 Sep 1995 she complained of flu-like symptoms. She was admitted to a local hospital on 19 Sep 1995 with fever, aches, and chest tightness. Several clinical findings were typical for HPS: bilateral interstitial pulmonary infiltrates, thrombocytopenia, atypical lymphocytes, and a decreasing albumin. She never required intubation and is currently recovering at home. Sera collected on 25 Sep 1995 showed positive IgG and IgM titers by ELISA at VRDL.

A comparison of sera collected early in the course of her illness on 19 and 22 Sep 1995 (rescued from the trash can) showed seroconversion by RIBA assay at University of New Mexico; this is a rarely documented finding. PCR was also positive at UNM. This case was relatively mild and HPS may not have been suspected except for the publicity from Case #12. As with several other cases, it was a family member who alerted local health department people and the physician to the possibility of hantavirus infection.

Four days prior to illness the patient raked hay and noted many mice. Other potential rodent exposures could have occurred at a horse stable near her house or while working as a house cleaner. Patient interviews and environmental investigations are underway, including small mammal trapping.

NOTE: CASE #11 (follow-up): Results from field and laboratory studies of the Mono County resident described in the last HPMR are as follows: this patient had traveled to New Mexico 10 days prior to illness and died shortly after hospitalization. Before leaving on his trip, he thoroughly cleaned his home in Mono County, California; he reportedly had a rodent problem at his home. Mice trapped at a potential exposure site in New Mexico were seronegative. In contrast, 6/11 deer mice trapped around his home in Mono County were seropositive. Molecular epidemiology studies at the University of New Mexico strongly suggested that his infection occurred in California, specifically in and around his residence.