Current Trouble on Hopi Land Stems from lack of respect for an entire nation, by handful of Navajo. 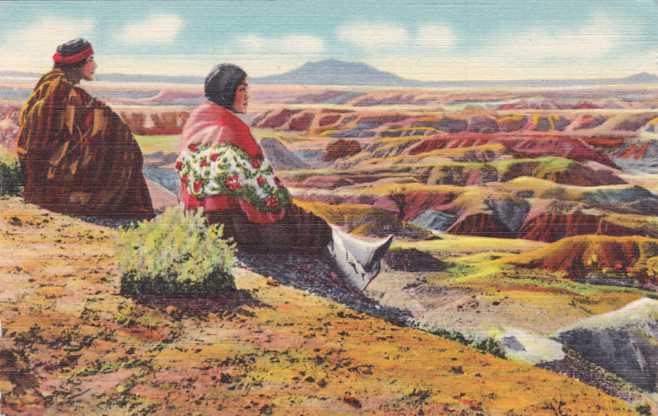 No single issue has consumed more valuable time and irreplaceable resources than the century old dispute between the Navajo and Hopi over Hopi ancestral land. In spite of the turmoil, the Hopi have been steadfast in their belief that peace between our two people can best be achieved through mutually agreed upon solutions and agreements. Our actions have repeatedly borne this out.

The Hopi Tribe is a small tribe whose history speaks volumes of its patience and dedication to peace and harmony. It was the Hopi who in 1991offered a peaceful solution to the Navajo-Hopi Land dispute through the accommodation of Navajo families desiring to stay on Hopi Partitioned Lands. It was the Hopi, who despite their loss of over 16 million acres of ancestral land to the Navajo, welcomed the Navajo to live on our land under the terms of mutual agreement. As a result, the 1996 Navajo-Hopi Land Dispute Settlement Act and its Accommodation Agreements is nothing less than a peace accord accepted by the Hopi and embraced by the majority of the Navajo families who now legally reside on the Hopi Partitioned Lands. These are the Navajo individuals and families of peace.

The current trouble stems from the refusal of a handful of Navajo to respect the rights of an entire nation, the Hopi people, to security in their own homeland. 10 Navajo families have refused to accept an accommodation agreement and have refused to voluntarily leave Hopi land. These people are trespasses and they will be evicted. The Hopi will never again tolerate a situation where our lands are stolen, our people abused and our laws ignored. We will protect our lands and our rights. To do otherwise would simply invite the same intransigence on the part of the United States and opportunism on the part of individual non-Hopi that created the land dispute in the first place. History will not repeat itself on Hopi land. Some lessons are learned at a high price, but once learned, they are not forgotten.

History and its lessons make it grossly unfair for the Navajo Nation to now attempt to cast the Hopi people as somehow violent, less spiritual, intolerant and destructive people for the sake of 10 Navajo families who have refused to sign an accommodation with the Hopi, who refuse to abide by the law and who continue to agitate the relationship between the Hopi and Navajo for their own gain.

These few Navajo individuals who call themselves resisters, with the help of outside agitators, blatantly refuse to respect and abide by the laws of the Hopi Tribe. The have brought civil unrest to the Hopi people, terrorized our villages with violence and threats, and continue to destabilize the peace and security of the Hopi people. These are actions we will not tolerate. Such actions violate Hopi rights and they go against the very principles of the 1996 peace accord between the Hopi and Navajo.

It is irresponsible to undermine and risk tearing down the pillars of the 1996 Peace Accord for the sake of political expediency. When so-called religious ceremonies become little more than political rallies, both the Hopi and the Navajo lose. The actions of the resisters do not support peace between the two tribes. They are meant to tear down the positive relationship between both tribes. Unfortunately, they appear to be succeeding. The resistors, at the urging of their Non-Indian supporters, made their choice to reject Hopi offers of accommodation. Now, like all responsible adults they must live with the consequences of that choice.

Without this support, the message becomes very clear — crime and irresponsibility pays.