Clinton’s “Interference” In Mexico *From Wounded Knee to Chiapas* 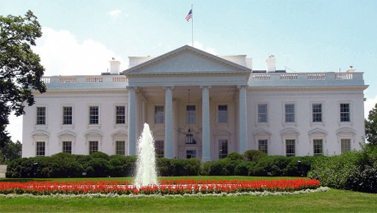 According to the Mexican Secretary of Foreign Relations, US President Bill Clinton has just “interfered in Mexican internal affairs” by demanding an exhaustive investigation into the massacre which recently occurred in Chenalhó, in the Mexican state of Chiapas.

Since Clinton wants an investigation and the government of Ernesto Zedillo doesn’t want anyone on the outside looking into how Mexico murders it’s Indians, we at Nuevo Amanecer Press – Europa have come up with a handy solution for both of them. Why doesn’t someone order an investigation into US Military “interference” in Mexico ?

The Mexican news agency APRO reported on December 25th that “An important detachment, composed of members of the [Mexican Army] Airborne Special Forces Groups (GAFE) was sent to the community of Acteal, in the municipality of Chenalho, where this past Monday “a paramilitary group linked to the PRI” carried out the biggest massacre in recent years in Chiapas, leaving a total of 46 dead and 25 wounded, the majority being women and children. The soldiers of the GAFE, experts in counterinsurgency and specialized in operating in rough terrain as can be found in Chiapas, immediately set up three roadblocks on the highway that leads from the Chenalho to Acteal in order to meticulously search all vehicles which passed through the troubled area.”

Oddly enough, on december 26th, the Mexican daily LA JORNADA published an article on a recent operation of the GAFE in the state of Jalisco where more than a dozen young men were kidnapped and tortured. One of the youths, Salvador Lopez Jimenez, died as a result of this “Special Forces” action. LA JORNADA states that “The judge of this jurisdiction has ordered that charges be brought against Lieutenant Colonel Julian Guerrero Barrios and Captain Rogelio Solis Aguilar, who are accused of the crime of violence against the people, as authors of homicide.” The article states that 15 other soldiers will be charged in the cover-up but no names were given.

Nuevo Amanecer Press – Europa has been able to confirm that Lt. Col. Julian Guerrero Barrios is a graduate of the US Army’s School of the Americas – SOA, which he attended in 1981 in a course titled “Commando Operations”. Time to add another photo in the SOA’s “Hall of Fame”. We do not know yet how many other of those charged have received training recently at Fort Bragg. We also wish to point out at this time that the mastermind behind Mexico’s counterinsurgency strategy in Chiapas, General Mario Renan Castillo Fernandez, has received instruction at Fort Bragg as well. The general, now the ex commander of the Mexican Army’s 7th Military Region in Chiapas, has recently been pointed out as having served as an “Honorary Witness” at a ceremony where the state government of Chiapas handed over half a million dollars to the paramilitary group “Paz y Justicia”.

We find it odd that the two biggest recipients of US military aid in Latin America, Colombia and Mexico, are also the two Latin American countries with the greatest number of massacres carried out by paramilitary organizations connected to their respective armed forces. Therefore, we demand an investigation to find out if the use of paramilitary organizations form an active part of US counterinsurgency doctrine. We have several questions that need to be answered:

1. Is the financing and training of paramilitary – terrorist groups in Latin America currently being taught at the School of the Americas or at Fort Bragg ? If not, has it been done in the past ?

2. According to a September 1997 report on Mexico from drug Czar Barry McCaffrey, the recent “gifts” of Huey helicopters to that country are supposed to be used by the Special Forces of the GAFE for fighting the war on drugs. Are any of those helicopters now being used in counterinsurgency operations by the GAFE in Chiapas ?

3. According to the Mexican press, on December 9th, two FBI agents were in the state of Oaxaca giving instruction in the “management of crisis and kidnappings” to police from Chiapas, Guerrero and Oaxaca (as well as other troubled states). One article on the course quoted a US Embassy official as saying that police forces “have the right to use necessary force” to protect society. This person also defined “crisis management” as being confrontations between police and military forces with groups that “disagree with society”, further stating that guerrilla organizations fall into that definition. Does the action of the Chiapas police in Chenalho, just two weeks after their FBI course, fall into the US idea of “crisis management”?

It is time for a serious investigation, not empty protests meant for internal consumption. It is impossible to take the Zedillo government’s protests of “interference in Mexican internal affairs” seriously while he blindly obeys economic policies dictated by the International Monetary Fund, the World Bank and Wall Street which kill thousands of Indigenous and poor Mexican citizens every year through hunger, malnutrition and curable illnesses. In fact he is more than happy to obey foreign economic interference. He only becomes angered when people protest because the killing is being done by bullets and not banks.

The protests concerning the massacre in Chenalho by US president Bill Clinton are also hard to swallow given that it is the US which is supplying all the weapons and training for the bloody counterinsurgency campaign currently being waged by the Mexican Army in Chiapas, as well as other states. The same atrocities have been carried out recently in Colombia and the US government has just responded by approving an even bigger military aid package for counterinsurgency in Colombia. The message seems to be that if Mexico keeps on killing its Indians, they too can expect to receive more aid.

We demand an investigation !

Tomorrow, December 29th, marks the 107th anniversary of the bloody massacre Indian men, women, and children carried out by the US Army at Wounded Knee, South Dakota. It would mark a perfect opportunity to reflect on the latest massacre of Native people in the Americas.