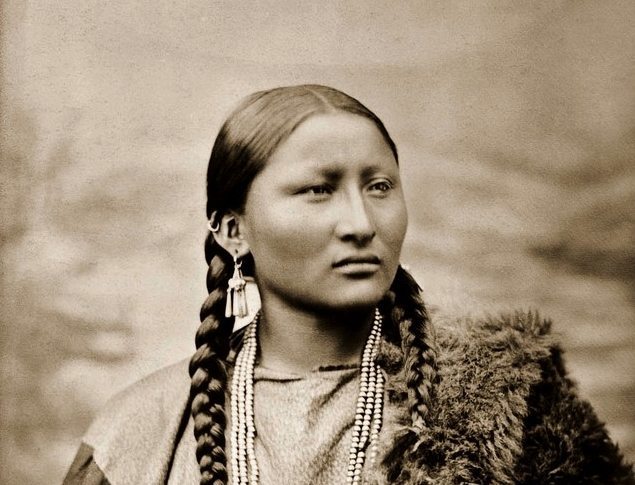 We the Lakota people have a prophecy about the white buffalo calf, and how that prophesy originated was that we have a sacred bundle, a sacred peace pipe, that was brought to us about 2,000 years ago by what we know as the White Buffalo Calf Woman.

The story goes that she appeared to two warriors at that time. These two warriors were out hunting buffalo, hunting for food in the sacred Black Hills of South Dakota, and they saw a big body coming toward them. And they saw that it was a white buffalo calf. As it came closer to them, it turned into a beautiful young Indian girl.

At that time one of the warriors thought bad in his mind, and so the young girl told him to step forward. And when he did step forward, a black cloud came over his body, and when the black cloud disappeared, the warrior who had bad thoughts was left with no flesh or blood on his bones. The other warrior kneeled and began to pray. And when he prayed, the white buffalo calf who was now an Indian girl told him to go back to his people and warn them that in four days she was going to bring a sacred bundle.

So the warrior did as he was told. He went back to his people and he gathered all the elders and all the leaders and all the people in a circle and told them what she had instructed him to do. And sure enough, just as she said she would, on the fourth day she came. They say a cloud came down from the sky, and off of the cloud stepped the white buffalo calf. As it rolled onto the earth, the calf stood up and became this beautiful young woman who was carrying the sacred bundle in her hand.

And as she entered into the circle of the nation, she sang a sacred song and took the sacred bundle to the people who were there to take of her. She spent four days among our people and taught them about the sacred bundle, the meaning of it. And she taught them seven sacred ceremonies: one of them was the sweat lodge, or the purification ceremony. One of them was the naming ceremony, child naming. The third was the healing ceremony. The fourth one was the making of relatives or the adoption ceremony. The fifth one was the marriage ceremony. The sixth one was the vision quest. And the seventh was the sundance ceremony, the people’s ceremony for all of the nation.

And when she promised to return again, she made some prophesies at that time ….One of those prophesies was that the birth of a white buffalo calf would be a sign that it would be near the time when she would return again to purify the world. What she meant by that was that she would bring back harmony again and balance, spiritually.