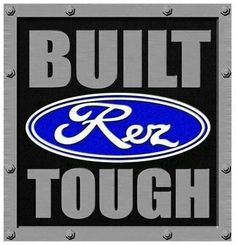 You are not an Indian if you have never owned a Navajo rez rocket! Everyone knows what I’m talking about. One snow tire on the front, a radial on the other front tire, and two different tires on the back. The lights only work on dim, your antenna broke off, so you replaced it with a coat hanger. It never came with a set of keys so you use a screwdriver to start the rez rocket, the screwdriver will also open the trunk, and you can only get in on the right side of the car. The hood has some fancy dents in it to testify to the squaw dances that nobody brought a drum to.

Some plastic and duct tape will cover the window that would cost more to replace than the whole car is worth. The gas gauge don’t work so be sure and carry a bleach bottle of gas just in case. Price of oil is always cheaper in town so you drive 100 miles to save a quarter, don’t forget it takes half a quart of oil to go five miles. Never mind buying plates, use the plates off another rez rocket and cover the sticker with a little rez mud. The title is about six owners behind or still at the car dealer. Just making it look like a title receipt in the window will do for awhile.

You’re not driving a rez rocket if all the paint matches. It should look like Dolly Parton’s coat of many colors. When you open the door to the rez rocket the carpet should be hard as a rock from all the beer and pop stains. Under the seat a tape of the candy bar song, never open, because the tape deck was ripped off. Open the trunk and half a bale of hay and sheep shit should cover the trunk.

Everyone cringes when they see you because they know you’ll either need a jump or push. If you’re late for work or an appointment, you can always say, “I had car trouble,” and the boss or whomever will understand because you drive a rez rocket. Don’t fret about the front windshield being broke usually from a rock or a bat by a mad wife or girlfriend.
Last but not least, let’s not forget the bumper stickers!

KNDN-The Indian Station,
THIS CAR STOP AT ALL INDIAN BINGO’S,
DON’T LAUGH IT’S PAID FOR,
MY OTHER CAR’S A CADILLAC,
POWERED BY FRYBREAD,
THE BUCK STOPS WITH ME,
PETER McDOLLAR, AND
WHERE’S THE GOLF BALLS.

When it finally gives up the ghost, you grace your front yard with it. When someone approaches you to buy the car or some parts off it, you say, “I’m gonna get it going again, it just needs a different motor!” The truth of it is, that old rez rocket is pretty hard to part with because it took you half way across the rez the last time you were out for a few drinks at My Place Bar. You bothered all the shade tree mechanics from one end of the rez to the other to fix it, but soon as the one thing is fixed, something else goes wrong, but never enough to keep it off the road very long.

Rez rockets never die, they just park under the shade tree! You can let the dog sleep in it or store all extra commodities or put your favorite junk in it for future us. When your next rez rocket starts giving you trouble, you can look over in your yard and say, “Jeez that car was really a good car!”