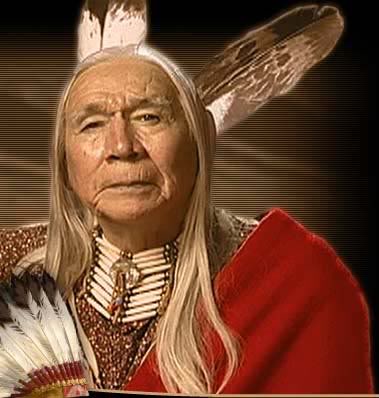 “Listen. There are many ways of looking at the world…through Old Eyes…through New Eyes. Each brings their special vision. Each has value.”
“For who could tell where danger lies? Who would remind us of what we have already learned, but for Long Life Wisdom, those who see now through Old Eyes…and remember the learning.”

“Yet those Old Eyes were once young. Once…they saw everything fresh. Saw…as if it had never been seen before. And therein, perhaps, lies the best learning. For New Eyes have not yet learned to presume, not yet learned the Path accepted by the many. New Eyes…may yet show us the New and Better Path. And we do well to listen, those of us with Aging Eyes, for who is to say which brings the greater gift!”

“Perhaps this is so, My Father,” I answered him, “But these New Eyes see little at all just now, just now. And yet your Aging Eyes see much!”

It was never an accident where we stood at the time. Looking back, I understand my Father’s purpose. For as these words were spoken, my New Eyes saw only a variable surface of grey stone…while his Aging Eyes saw over the wall of solid stone before us.

“Yet,” my Father answered, “perhaps you already understand the nature of Wall better than I…for my eyes are bemused with a distant Vision. If I seek an understanding of stone-put-together, will I not ask you? What is a mere walk with your short legs is a hands and knees crawl for my elevated, Aging Eyes.”

And it was so. I stood, facing a limiting wall, no longer concerned with those limits. Now my self-assigned task was a gathered understanding of the nature of Wall, the texture of Stone and its interaction with the ground stone mixed with pebbles which we call Cement…

After awhile, my Father took my hand and we walked across the street.

Why was he standing here? My hand still held, we stood facing a huge truck laden with many things. My Father stood almost with his nose to these piled up goods.

“Geeze, Honeygirl! Sure wish I knew what was on the other side of this truck! Can’t see a thing ‘cept what’s piled on top here!”

“Perhaps you can study that,” I offered, thinking of my own recent lesson.

“Yep, perhaps I can. Pretty interestin’, too. Still wish I knew what was on the other side!”

And then I saw…saw how it was that my lower eyes…saw clearly under the truck, giving full and accurate vision of what lay beyond.

“Oh, Daddy,” I answered, “You are so smart! Look what I see that you do not!” And I recited to him all the wondrous things that lay beyond, within easy visual reach of my New Eyes.

* * * * * * *
This — as I learned these things from my Father — this is the basis for the respect in which young as well as old are held. This was the basis, my Father said, for the very equal rights each Iroquois child had, perhaps still has.

In the old days, he explained, any child at all could even choose his, choose her own parents. If life was unhappy where they were — he could, she could choose to stay elsewhere within the great Long House, secure within any of the many possibilities. Could choose even to stay in a different House. But that was long ago, my Father said, and perhaps the People no longer follow that path.

Yet, in reading as I do the Constitution of the Six Nations of the Iroquois — The Great Law of Peace — I find that same understanding reflected in in this codified and organized Law. The Law still followed by these Nations. For does it not say, in the Constitution on which our own Constitution is so greatly based, does it not say that when an infant is given an Authorized Name at the Midwinter or at the Ripe Corn Festival that child shall be recognized as a member of the clan? And is it not within the clans that the women identify the issues which the the Grand Council will discuss? And is not every voice — however young, however old — heard at such times?

Does it not also advise the Representatives of the People, “Cast not over your shoulder behind you the warnings of the nephews and nieces should they chide you for any error or wrong you may do…” and does this not tell these “mentors of the people” to listen to the voices of the young?

And does it not further say, “If either a nephew or a niece see an irregularity in the performance of the functions of the Great Peace and its laws, in the Confederate Council or in the conferring of titles in an improper way, through their war chief they may demand that such actions become subject to correction and that the matter conform to the ways prescribed by the laws of the Great Peace.”

* * * * * * *
But I could never learn from any translated Law as well as I learned from my Father. He lived the lessons he hoped I would one day learn. Never did it shame him to ask my advice. “Tell me what your New Eyes see in this,” he would petition. And with great care I would explain to him what my Earth Eyes, my Spirit Eyes showed me.

And did he learn form this…or did I?

“No one knows how anyone else should live, Honeygirl,” he explained. “Shucks, it takes me full time just to figure out my own life!”

And when someone challenged my way of being…

“Well…I was wonderin’. How much experience do expect they have…at being you!”

Little enough, I would say. Perhaps not enough at being who they are.

And so the very young have every right to judge their own way, choose their path under the watchful, protective eyes of Long Life Wisdom. My Grandmother. My Father’s Mother, would never chide, never ask me to be her kind of person. “You thought about what you’re doing’?” she would ask. “I was just wonderin’…whether you really want to be that kind of person, ’cause that’s interestin’, real Interestin’.” And that would catch my mind, pin me to the floor until I could figure out…whether I really wanted ti be that kind of person.

“It takes a long time to figure out who you are,” my Father explained. “So we think you better start young, real young. By the time most folks get started, ‘pears to me it’s already too late!”

And so I chose my own path, deciding within the different context of the society around me — the one that says the right to decide begins at 21. “Much too late to practice such things,” my Father said. “For who lives longer with our decisions than the very young. Shall we deny them a public voice?” Seen and not heard, my Mother;s family said. Seen…and not heard.

So let us understand — we who are also children of The Great Tree of Peace under our own Constitutional version — let us understand…that experience…is not the only teacher. Sometimes New and Wondering Eyes give the best advice.

Let me learn this Wisdom from my children.

May we all have the wisdom…to listen.