She’d Rather Be Pickin’ Berries 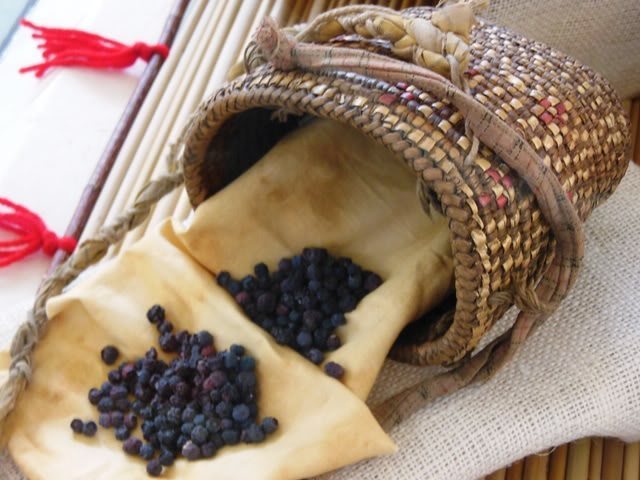 According to John Simmons, his mother Blanche’s motto is “the tide doesn’t wait.”
“She waits for no one,” states John. Niece Carmen Kalama agrees. Carmen once had a huckleberry picking date with Blanche and was ten minutes late. Blanche left without her. Luckily. Carmen was able to catch up to her determined aunt.

But then, huckleberry picking is serious business for Blanche who has been picking for over sixty years. She guards her most prolific berry yielding areas like a precious gem. Blanche was once asked by strangers where she had picked buckets of berries. Blanche did not reveal the location; she even took extra precaution the next day, driving a different vehicle to avoid being followed.

Yet she is very gracious about refusing to tell you where she pick. “You don’t have favorite spots. You have to run all over the mountains looking for them. Some years there’s lots. Some years there’s not many. You just have to keep on looking and looking,” she explained.

Blanche goes berry picking in the early fall, but does not have definite dates on her calendar. Rather, she waits for Mother Nature to decide when the berries will ripen.

“How fast they get ripe depends on the weather,” said Blanche. “I don’t count the days, I just go. Whenever I find berries, I go. I keep going.”

But Blanche herself is like clockwork when it comes to those huckleberries. “We all know when it’s berry picking time. She’s not around. She goes early in the morning and comes home late at night,” said son John.

Blanche says she likes to go by herself. She certainly does not need company to pick berries. “She likes the serenity of the mountains. That’s where she gets her peace of mind,” said John.