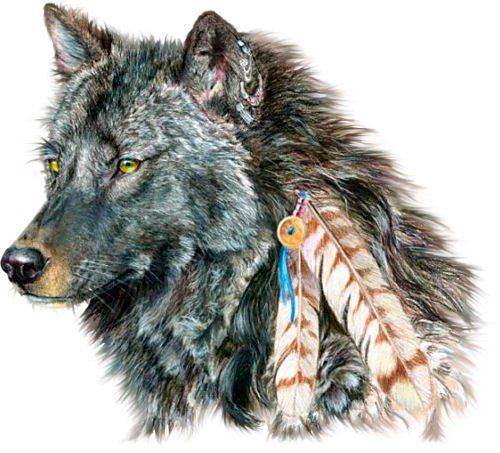 I wanted to give something of my past to my grandson. So I took him into the woods, to a quiet spot.

Seated at my feet he listened as I told him of the powers that were given to each creature.

He moved not a muscle as I explained how the woods had always provided us with food, homes, comfort, and religion.

He was awed when I related to him how the wolf became our guardian, and when I told him that I would sing the sacred wolf song over him, he was overjoyed.

In my song, I appealed to the wolf to come and preside over us while I would perform the wolf ceremony so that the bondage between my grandson and the wolf would be lifelong.

In my voice was the hope that clings to every heartbeat. I sang. In my words were the powers I inherited from my forefathers.

In my cupped hands lay a spruce seed– the link to creation.

In my eyes sparkled love.

And the song floated on the sun’s rays from tree to tree. When I had ended, it was if the whole world listened with us to hear the wolf’s reply. We waited a long time but none came.

Again I sang, humbly but as invitingly as I could, until my throat ached and my voice gave out. All of a sudden I realized why no wolves had heard my sacred song. There were none left!

My heart filled with tears. I could no longer give my grandson faith in the past, our past.

At last I could whisper to him: “It is finished!”

“Can I go home now?” He asked, checking his watch to see if he would still be in time to catch his favorite program on TV.

I watched him disappear and wept in silence.

by Chief Dan George
Chief of the Salish Band in Burrard Inlet, B.C.