Story of the Broken Arrows – A Cherokee Story 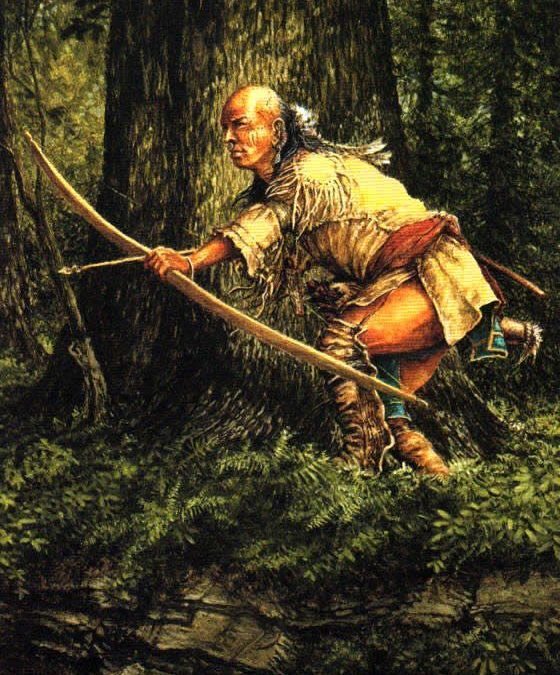 This story was given to me some years ago to help my youngest son with his temper. Each time I tell this story I thank the Creator for having given it to me. I only ask that if you tell this story, you do the same.

Many years ago in the time when The Way was the only way and our People were strong and lived the life of the Caretakers they were meant to be a boy was born unto the warrior clan of the Wolf. His Elisi (Grandmother) called him Little Groundhog, because he peaked out and cried to be put back in like a Groundhog does at the coming of winter.

As Little Groundhog grew older, many knew his name. His name was spoken with words like bravery and hunter. By the age of manhood he had become known as one of the greatest arrow makers ever born to the People. His arrows were the strongest, sharpest and flew the most true of any arrows made. He was also known as a boy with very bad temper. Because of these things his name was changed to Angry Broken Arrow.

Broken Arrow reached the age when he would take a wife, but all the women feared his temper and none would take him into the home of their Mothers. Broken Arrow became very angry and went off into the woods. He had been in the woods for four days and three nights. On the fourth night without food, his fire blazed high and though he had gone to water at sunrise and at sunset each day the fire of his temper had not cooled. As he sat there, he looked up into the flames and saw a great White Wolf coming out of the fire. Broken Arrow was afraid, but knew the teachings of his ancestors and so did not run away. The Wolf told Broken Arrow that he must go back to his People. That he must get rid of this great anger that boiled inside of him like bad meat. Wolf told Broken Arrow that every time he got angry he must break his very best arrow. Then he must save the broken arrow for a time when it would be needed.

That very night, Broken Arrow returned to his home and his People. The next morning, Broken Arrow went to his Elisi (Grandmother) and told her what he had seen and what Wolf had told him. He asked her to help him, because he knew his Grandmother was respected and counciled by the Wolf. Each day more arrows were broken and taken to the growing pile in the clearing behind his home. It seemed the more arrows he had to break the greater his anger became. After seven moons had passed Broken Arrow went to the Elisi. He told her that he had a great pile of arrows in back of his home and that he had not time to make more before he lost his temper and had to break them. He told her his family was becoming hungry and still he could not hunt because he had no arrows. The Elisi told Broken Arrow to wait four more days and she would seek council with the White Wolf.

After this time had passed Elisi came to Broken Arrow. He was sitting in front of his home with fresh deer stew cooking over the fire and he was smiling. Elisi told him she was proud that he was winning his battle with this beast. Broken Arrow had been able to control his temper long enough to keep 4 arrows and hunt food for his family. Elisi told him that in seven days there would be a great celebration. On the evening of the seventh day the whole clan was very excited and People had come from other Clans to celebrate Broken Arrows great victory. The People gathered around the pile of broken arrows and staring at it with great respect. The pile reached almost to the tops of the great fir trees. The Elisi held a fire stick in her hand and she spoke to Broken Arrow.

And as the Elisi spoke so it was.

The fire burned for four days. On the evening of the fourth day the fire burned no more and Broken Arrow became Arrow Maker and his children and the children of their children will tell this story and I have told you and we will all remember.

And said the Storyteller…These are my words.